A message to the Devens community regarding Coronavirus (COVID-19). Read more

Devens is a world-class destination for companies in leading industries, with a concentration of technology, advanced manufacturing, and the life sciences. Discover the power of an affordable, supportive environment designed to help businesses grow.

MassDevelopment, which manages Devens, offers financing capabilities that can help a project at every stage, from predevelopment to construction to permitting. Our local office is conveniently located at 33 Andrews Parkway in Devens. 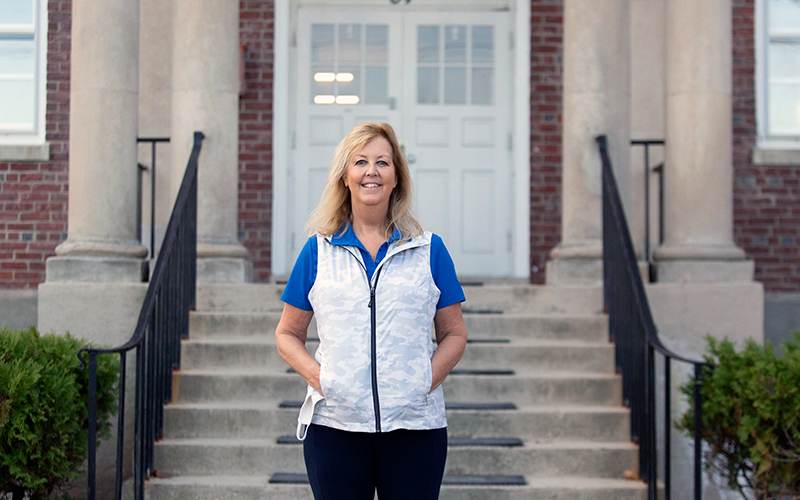 Hotels and meeting rooms. Shops and restaurants. More than 1,000 acres of open recreational space. With an abundance of great amenities, services, and attractions, Devens makes it easier to attract the high-caliber employees you need to stay competitive. 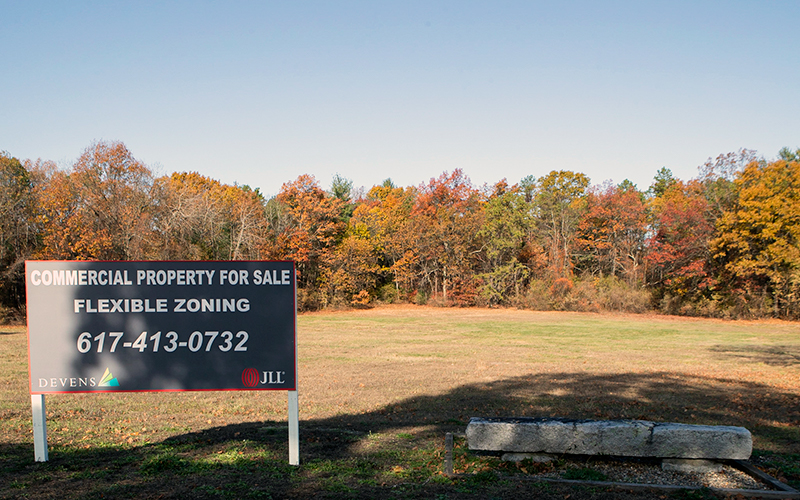 Devens is a planned business environment free of red tape and other obstacles that can delay a project. That means quick, efficient, pad-ready sites with room to expand, fast track permitting, and the right infrastructure and services to support your business goals.

The Assessor’s office is committed to maintaining an assessment system that Devens’ taxpayers can look to as fair, equitable, and responsive to the community’s revenue needs.

All other inquiries should be emailed to Lisa Kalinowski, SVP of Finance, MassDevelopment.

MassDevelopment offers financing and real estate solutions to support the growth of businesses and nonprofits across Massachusetts. Our financing capabilities can help your project at every stage, from predevelopment to construction-to-permanent financing.

Massachusetts Office of Business Development (MOBD) is the state agency responsible for strengthening Massachusetts’ competitive economic position by proving information on a wide range of programs including financing, technical assistance, and workforce development.

Nashoba Valley Chamber of Commerce is dedicated to enhancing local economic vitality and quality of life in the Nashoba Valley area by promoting leadership, support, and networking within the business community.

The Massachusetts Department of Transportation (MassDOT) established a funding program to encourage municipalities to regularly and routinely include “Complete Streets” design elements and infrastructure locally. A Complete Street provides safe and accessible options for all travel modes, including walking, biking, public transit, and private vehicles, for all ages and abilities. The Devens Complete Streets Policy incorporates principles that contribute to the overall safety, health, economic viability, and quality of life of the community and helped establish the Devens Complete Streets Prioritization Plan.

The Devens Enterprise Commission acts as the regulatory and permitting authority for the community. Its role is to administer and enforce the reuse plan, bylaws, regulations, and sustainability vision. The commission functions as a board of health, conservation commission, zoning board of appeals, historic district commission, and planning board.

The Devens Department of Public Works & Recreation maintains the public stormwater system in Devens. The system provides for the collection and treatment of rainwater runoff from public buildings and roads.

Stormwater runoff is rainfall and melting snow that is not absorbed into the ground and instead runs over land until it finds its way to sensitive water resources including wetlands, rivers, ponds, and streams. As it flows over land, driveways, parking lots, and roads, it can pick up material such as trash, excess fertilizer, oil, salt, and sand. A carefully designed and properly maintained stormwater system keeps our environment clean and protects our water resources.

If you have questions or comments regarding the Devens stormwater system, please email stormwater@massdevelopment.com.

Think Blue Massachusetts
A statewide educational campaign to help residents and businesses do their part to reduce polluted runoff and keep our state’s lakes, rivers, and streams clean and healthy.

The Devens Reuse Plan outlines a thoughtful guideline for the Devens road network. Jackson Road is the primary north/south roadway providing a connection from West Main Street in Ayer, and other areas north of Devens, to Route 2 at Interchange 37. Barnum Road connects Routes 2A, 110, and 111 from the Ayer rotary to Patton Road and Jackson Road. Hospital Road connects Front Street in Shirley to Jackson Road.

MassDevelopment’s environmental mission in Devens is to ensure that the land once used and impacted as a former military base becomes and remains suitable for productive reuse whether it be for recreational, open space, industrial, or residential purposes. We work closely with the U.S. Army, U.S. Environmental Protection Agency (EPA), Massachusetts Department of Environmental Protection (MassDEP), and local stakeholders.

Resources for Environmental Due Diligence

The Fort Devens Superfund Site was listed on the U.S. Environmental Protection Agency’s (EPA) National Priorities List in 1989. The U.S. Army and EPA signed a Federal Facility Agreement (FFA) in 1991. Under the FFA, the U.S. Army is considered the lead agency and EPA provides oversight as the lead regulatory agency. Although not a signatory to the FFA, the Massachusetts Department of Environmental Protection (MassDEP) has a participatory role in the investigation and remediation process. The U.S. Army holds primary responsibility for investigation, design, construction, operation, and maintenance of all removal, response, and remedial actions performed at the former military base.

The U.S. Army evaluates Study Areas across the former federal facility where releases of contaminants are suspected or known to have occurred and determines whether those areas pose a threat or potential threat to human health and the environment and warrant more detailed investigation. Of the 324 sites initially identified by the Army, 54 required cleanups.

Of the 54 sites identified as needing cleanup, all have been evaluated and either removed from further evaluation/action or have cleanup plans in place. Most of these sites are in the long-term monitoring phase, where groundwater, surface water, and/or sediments are regularly monitored. Sites where contamination remains above levels that allow for unrestricted use/unlimited exposure have land-use controls in place and are inspected annually. Sites with ongoing cleanup actions must be evaluated at least every five years to ensure that the selected cleanup action remains protective of human health and the environment.

The end result of the Superfund process at Devens is to clean up land that was once considered contaminated and return it to productive use. To date, approximately 1,080 acres have been transferred to other federal agencies and almost 3,000 acres have been transferred to MassDevelopment. MassDevelopment, in turn, transfers the land to private parties for commercial, industrial, residential, recreational, open space, and other positive uses.

In response to EPA comments, the U.S. Army performed an Expedited Site Investigation in 2016 to evaluate the possible presence of emerging contaminants known as poly- and perfluoroalkyl substances (PFAS), specifically two PFAS — perfluorooctane sulfonate (PFOS) and perfluorooctanoic acid (PFOA) — at the former Fort Devens. The study also included sampling of Devens and nearby municipal water supply wells. Based on initial data collected, the U.S. Army, MassDevelopment, MassDEP, and EPA agreed that a more comprehensive site-wide investigation was warranted. In 2018, the U.S. Army commenced a site-wide PFAS Remedial Investigation that included collection of soil, groundwater, surface water, sediment samples and municipal water supply well samples to identify possible source areas and delineate the full extent of PFOA/PFOS contamination within and beyond former base boundaries. This investigation is ongoing. While the Army conducts its PFAS investigation, MassDevelopment decided to act early and independently to treat all of its drinking water wells so that PFAS levels in the finished drinking water are below state and federal regulatory limits. Please see Utilities for more information on Devens’ drinking water supply.

The U.S. Army holds quarterly Restoration Advisory Board (RAB) meetings to update the public on the status of the cleanup. The EPA, MassDEP, MassDevelopment, and the People of Ayer Concerned about the Environment are regular attendees.

The Devens Enterprise Commission is a multipurpose regulatory authority and is responsible for issuing all building, plumbing, gas, electric, sign, and food service permits – as well as liquor licenses – for the Devens community.

In accordance with Massachusetts law, any person conducting a business under a name other than his/her own name is required to file a Business Certificate with their Town Clerk’s office to register the business at the address where business is to be conducted. An individual must be 18 years of age or older to legally sign a business certificate.

Find Your Town Clerk with the Devens Boundaries Map

The Devens Fire Department protects life and property through fire prevention, education, and suppression. The department of 21 firefighters is trained in the latest techniques of firefighting, including emergency medical services, rescue, fire prevention, and inspection.

Permit applications can be downloaded, filled out, and brought to the Devens Fire Station for processing Monday through Friday from 7 a.m. to 5 p.m. Make your check payable to MassDevelopment.

The Department of Public Works & Recreation (DPW) in Devens maintains 60 miles of roads and 500 acres of grounds along with various recreational, municipal, and leased facilities. Devens Animal Control also operates out of this department.

Annual registration begins June 1. All dogs over the age of six months and living in Devens must be vaccinated for rabies and licensed by Devens Animal Control. The license is good from July 1 to June 30 and must be renewed every year in June.

Devens residents, businesses, and their employees can safely dispose of a wide variety of items at the Devens Recycling Center, open Monday through Friday from 9 a.m. to 3 p.m.

Wood cutting permits are issued to Devens residents for personal use only, for the cutting of downed trees in designated areas. Permits are valid for a 14-day period.

DPW picks up grass clippings, leaves, and tree limbs from residential areas every Monday from April through November. In the event of a Monday holiday, curbside pickup will take place on Tuesday.

Devens does not provide municipal curbside trash pickup. Trash haulers are independently contracted by a neighborhood homeowners association or a Devens business.

Devens Department of Public Works & Recreation (DPW) manages a recycling center drop-off location for Devens residents, businesses, and employees. The Devens Recycling Center allows for the safe and timely disposal of a wide variety of items.

The Devens Regional Household Hazardous Products Collection Center (Devens HHW) is open to residents and prequalified businesses in Devens. A list of acceptable materials can be found on its website. Please call ahead with any questions.

First Wednesday and following Saturday of every month
9 a.m. – noon

The Eco-Efficiency Center provides educational forums, technical assistance, networking venues, and partnership opportunities to help businesses and organizations protect natural, material, human, and capital resources. The nonprofit has been helping industrial, commercial, and service entities improve the sustainability of their operations since 2008.

This award-winning program prevents the waste of unneeded items and provides saving opportunities for small businesses, municipalities, and nonprofits by providing access to a wide variety of new and like-new supplies, furniture, and fixtures at two locations in Devens.

DPW picks up grass clippings, leaves, and tree limbs from residential areas every Monday from April through November. In the event of a Monday holiday, curbside pickup will take place on Tuesday.

The Devens Utilities Department provides electricity, natural gas, water, and sewer services to all businesses and residents in Devens.

To make a change to your service, fill out the Utility Service Request Form and submit by email to devensutilities@massdevelopment.com or in person during its regular business hours.

Xfinity and Verizon are the licensed providers of cable and telephone services to businesses and residents in Devens. Contact the company’s local customer service representatives for any questions related to your plan.